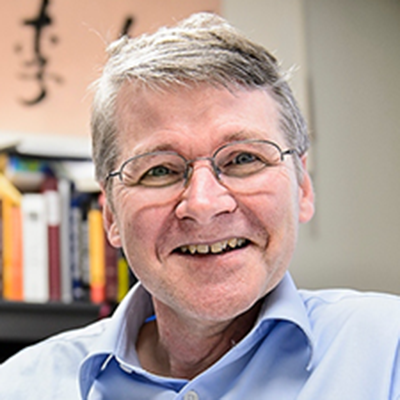 Research in the Hamers group lies at the intersection of chemistry, materials science, and nanotechnology. We are interested in developing and exploiting new types of surface chemistry to create and improve next-generation devices for renewable energy, and are interested in understanding the potential environmental and health effects associated with nanomaterials. Our work spans the range from very fundamental, experimental and computational studies of surfaces, all the way to using surface chemistry to control the formation and properties of devices such as next-generation solar cells, photocatalysts, batteries, and environmental safety of nanomaterials. The group is multidisciplinary and highly collaborative.

Our interest in surfaces is driven by the fact that the most important chemical and physical phenomena are often controlled by surfaces and/or interfaces between materials. This is particularly true with nanoscale materials, where a substantial fraction of the total atoms are located at their surfaces. Surfaces have their own, very unique chemistry because the atoms are typically in very unusually, highly asymmetric geometries. Most of our current work addresses surface chemistry issues relevant to renewable energy and/or nanotechnology and couples state-of-the-art surface chemistry with the electrochemical and/or photo-electrochemical properties of materials.

Environmental Impact of Nanomaterials
Nanoscale materials have the potential to significantly advance society by improving the performance of many emerging technologies, reducing energy use, and enhancing the use of scarce resources.  The rapidly increasing use of nanomaterials also raises questions about the possible environmental safety and health issues surrounding the potential release of engineered nanoparticles into the environment. The Center for Sustainable Nanotechnology is a multidisciplinary research effort that links UW-Madison with 11 other universitiess and the Pacific Northwest National Laboratory, with Prof. Hamers as the overall Director. The CSN involves approximately 75 graduate students, faculty, and undergraduate students who are focused on developing a molecular-level understanding of how nanomaterials interact with the environment and its associated life forms. Our ultimate goal is to enable the development of nano-enabled technologies in a safe and sustainable manner through a "benign by design" approach. The Hamers group's efforts center in the design and synthesis of nanomaterials with technological importance and reduced biological impact, and in the development of novel analytical methods for characterizing nanomaterials in complex materials.

Conventional electrochemistry is typically limited to reactions with electrochemical potentails lying between ~ 0 and +1.2 V. However, many important reactions of interest involve redox potentials outside these limits. Examples include the 1-electron reduction of CO2, the conversion of N2 to NH3 (the world's most energy-intensive reaction), and the generation of hydroxyl radicals for water sterilization.  To achieve electrochemical transformations outside the water stability limits, it is necessary to develop the ability to control the kinetics of electron-transfer processes at interfaces.  Semiconductor electrodes are particlarly attractive because the electrons and holes can remain separated in energy into the conduction and valence band, respectively. Much of this work is guided by the highly unusual properties of diamond. Inexpensive diamond thin films and even diamond diamond powders have the unusual abilty to directly emit electrons into water, forming solvated electrons. Solvated electrons are the chemist's perfect reducting agent, but a convenient route to producing solvated electrons in water has not been previously achieved We recently demonstrated the ability to use solvated electrons as reducing agents ot reduce CO2 to CO and N2 to NH3 in water.  Ongoing efforts are expanding this work to examine energy-efficient routes to other high-energy species such as the hydroxyl radical, a potent oxidizing agent.

Because solar and wind power are highly variable, renewable energy can only be truly effective if we can develop new and improved methods for storing energy. Increased interest in hybrid and all-electric vehicles as well as increasing reliance on portable electronics are driving a need for improved energy storage on all scales, from the iPod nano to the entire electrical power grid. We are engaged in research investigating the materials science and interface chemistry associated with next-generation lithium-ion batteries. Current-generation batteries are plagued by safety problems associated with the use of highly flammable organic electrolytes. One aspect of our research is to develop safer batteries using new organosilicon-based electrolytes. A second aspect involves research on new anode and cathode materials that have the potential to store nearly 10 times as much energy per unit weight as today's batteries. These projects involve a complex interplay of materials science, interface chemistry, and electrochemistry, and are largely performed in collaboration with industrial partners, including Silatronix, Inc. (co-founded by RJH in 2007) and Dow Chemical.

Interface Chemistry for Renewable Energy
This is the largest area of research in the group, with several complementary projects. Renewable energy technologies such as photovoltaic energy conversion, photocatalysis, and electrochemical energy storage all hinge on being able to control the transfer of electrons across interfaces between different materials. One major effort is to develop new "ultra-stable" surface chemistries to control chemical selectivity and electron-transfer properties at interfaces. Carbon-based materials (diamond, carbon nanofibers) and metal oxide semiconductors (TiO2, ZnO, SnO2) play especially important roles because of their intrinsically high stability and the fact that their semiconducting properties facilitate charge separation. By coupling these materials to molecules that can harvest light or catalyze reactions, we aim to develop "smart" materials with a high degree of functionality. In our own labs and through collaborations, we are investigating the dynamics of electron-transfer processes on time scales from seconds to femtoseconds. An expanding area of interest is the use of electrochemical and photochemical methods to produce energy-rich fuels from inexpensive and/or starting materials such as CO2. All of these projects hinge on a central theme of understanding how surface chemistry impacts charge-transfer processes at surfaces.