Marcel Schreier received his bachelor’s degree in Chemistry and Chemical Engineering from EPFL and his master’s degree in Chemical and Bioengineering from ETH Zurich. During his studies, Marcel worked on Li-Ion Batteries at BASF and investigated Fischer-Tropsch refining catalysts at the University of Alberta. His master’s research was performed in the laboratory of Sossina Haile at Caltech, where he designed materials for fuel cell electrodes. He subsequently joined the laboratory of Michael Grätzel at EPFL, where he developed electrocatalysts and devices for the sunlight-driven reduction of CO2 to fuels. Following his passion for fundamental electrochemistry, he then moved to MIT, where he joined the group of Yogi Surendranath as an SNSF Postdoctoral Fellow. There, Marcel investigated the fundamental mechanisms which drive the synthesis of fuels using electrical energy, before joining the University of Wisconsin, Madison as an Assistant Professor in Chemical Engineering. Marcel’s research interests center on understanding how the configuration of the electrochemical interface and the catalyst surface chemistry interact to define the outcome of electrocatalytic transformations. His group uses this insight to extend the reaction scope of electrocatalytic transformations beyond the activation of small inorganic molecules. 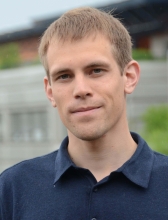 (TL;DR) We use electrochemistry for storing energy and driving the chemical industry of the future!

Electrocatalysis provides a fascinating opportunity to interconvert electrical and chemical energy. In this regard, the Schreier group aims to extend the scope of electrochemical reactivity beyond small molecules like water and carbon dioxide. This work is driven by questions aimed at elucidating the elementary processes that take place at electrochemical interfaces, such as:

How does an electric field drive chemical conversion? At which point in a catalytic cycle is energy transferred? And how?

The Schreier group translates this fundamental understanding to open pathways to catalytic transformations that use electricity as a driving force instead of traditional fossil-based heat sources. Since most existing processes rely on hydrocarbons as feedstocks and energy carriers, our main efforts are directed towards developing the science for converting hydrocarbons using electrical energy. In doing so, we develop technologies that will open new avenues for the storage of renewable electricity and enable the electrification of the chemical industry.